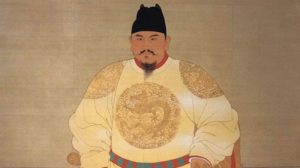 Paper on which there are quotations or commentaries from the Five Classics or the names of sages, I dare not use for toilet purposes.

THROW AWAY MY TOILET PAPER? WHO WOULD DO SUCH A THING?

Just because we’ve all done things a certain way for a long time, doesn’t mean that’s the best choice today. Toilet paper hearkens back to a more rustic past when we would reach for the nearest pine cone or leaf. Millions of people are happily going paper-free with a healthier and environmentally safer alternative. 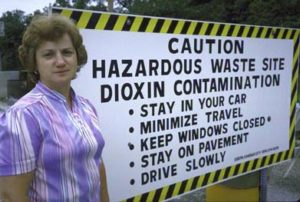 First, let’s take a closer look at what toilet paper is and what it does to your body and our ecosystem. The paper industry uses chlorine and chlorine dioxide to bleach everything from coffee filters to milk cartons, but toilet paper production uses more of these harmful chemicals than almost any other paper product. The manufacturing byproducts; dioxins, furans and polychlorinated biphenyls (PCBs), are among the most carcinogenic substances on earth. The manufacture of household paper products has flooded these toxic chemicals into our air and water. What many consumers don’t know is that these toxins are also absorbed through our skin. Even low levels of exposure can cause health problems including cancer, Endometriosis, hormone imbalances, immune system impairments, reduced fertility and birth defects.

Dioxins accumulate in our body overtime and cannot be excreted. The more you have in your liver, kidneys and fatty tissue, the more likely you are to become ill. 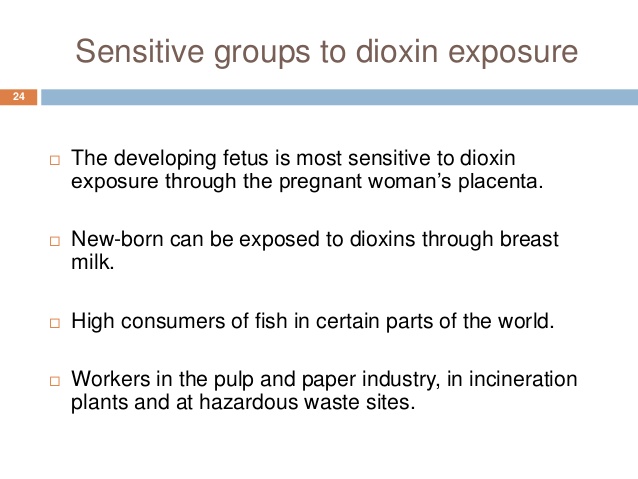 Consumers in the USA now spend more than $6 billion a year on toilet paper — more than any other nation in the world. That is trillions of tons of toxic, soggy paper going through our sewer systems, as well as the harmful manufacturing byproducts going into our ecosystems.

Add to this the insidious capacity of toilet paper to clog home sewer lines. Toilet paper, feminine products and “wet wipes” are responsible for almost all plumbing issues in single family homes and rental buildings!

THERE IS HOWEVER, A VERY SIMPLE, NATURAL AND EASY WAY TO STOP USING TOILET PAPER 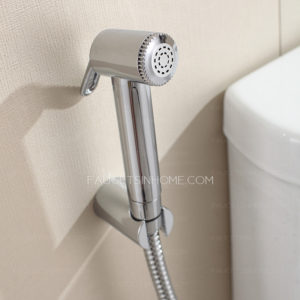 Extremely Inexpensive and Easy To Install

Savior faire Euro cultures have used BIDETS for a long time. Made the butt of humor (sorry) in recent films like “Why Him”, BIDETS are having a sudden, aha moment here in the USA. No longer a separate unit that looks like a child’s potty next to the grown-up one, decent bidets are now inexpensive and easily to attach right to your toilet. The new bidets run the gamut from a simple (but effective) hose line from the back of the toilet with a spray nozzle, to more elaborate units with hot and cold water and many spray options. Or, you can invest in a Japanese, $10,000 élite TOTO Neorest 750H that self-cleans and has the most advanced remote control options for the cleaning wand. (IMO, the simple, hand held spray units are easiest and most sanitary because they spray down: just a thought).

The current trend away from paper is really a return to basics: PLAIN WATER! (Imagine never having a clogged sewer again, and contributing your care to the planet by massively lowering your carbon footprint!)

Once you have used one of these devices, you will never want to go back to toilet paper.

Scratchy, toxic, wasteful paper will seem downright primitive. Not only will you be taking better care of yourself, your household plumbing will also benefit dramatically. Paper products account for almost all clogged drainage pipes. If all that wasn’t enough, the environmental cost of toxic toilet paper is huge. Why contribute to the destruction of our waterways?

Americans flush trillions of pounds of toxic paper and waste into sewers yearly!

A BRIEF HISTORY OF TOILET PAPER

Black and white scratchboard illustration of the inventing of paper by a Chinese man.

Toilet paper was first manufactured for the élite in China starting around the 4th century. Many people however, just used whatever was at hand, which, in this case, often included hand-painted scrolls.

“Paper on which there are quotations or commentaries from the Five Classics or the names of sages, I dare not use for toilet purposes.”

(How many works of art tragically went down the drain in this fashion!?)

China was also the first to mass-produce toilet paper in the 14th century. Rolls similar to what we use today were made mainly for the ruling classes. The Bureau of Supplies recorded that in one year, during the Hongwu Emperor’s reign, (1328 – 1398), his family required 15,000 sheets of specially made, perfumed paper for use in the palace privies. Each piece measured 2 by 3 feet.

Apparently the use of books was not uncommon in the West as well. Lord Chesterfield wrote to his son in 1747 about a man who employed…

A common edition of Horace, of which he tore off gradually a couple of pages, carried them with him to that necessary place, read them first, and then sent them down as a sacrifice to Cloacina; thus was so much time fairly gained. 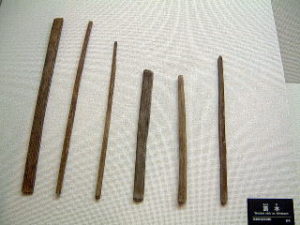 In India and parts of the Middle East, water and the left hand are traditional, (hence the custom of the left hand being “unclean”). In Japan, flat sticks, called chügi, were scraped from left to right over the soiled area. In ancient Rome, a sea sponge on a stick (called a ‘gompf stick’) was available to those who used the public toilets. Manners of the day considered it polite to quickly swish the sponge off in a bucket of salt water before the next person sat down. Wealthy Romans used wool and scented water. Ancient Greeks employed stones called ‘pessoi’ and pieces of clay.

Sand, grass and corn husks served the purpose for most of human history.

Joseph Gayetty, an inventor from Pennsylvania, was the first businessman to commercially produce toilet paper, bringing his aloe-infused, hemp paper to the market in the USA in 1857. Curiously prescient, he called his product “The Greatest Necessity Of The Age”. His advertising campaign warned against using printed material (like newspaper) because the ink was toxic!

An enterprising young man named Seth Wheeler from Upstate New York obtained the first US patents for toilet paper in 1883. The smooth, over-processed paper of today, requiring many manufacturing chemicals, took many decades to produce.

Which leads us to the paper and plastic clogged streams and oceans of today. Toilet paper has also begotten the phenomenon known as “fatbergs“, congealed mounds of toilet paper, wet-wipes, and cooking fat, sitting like massive artery clogs in our city sewers. In 2013, a “fatberg” weighing 17 tons was found under London Road at Thames water in London.

Let’s all do our part, and be cleaner and healthier as a result. Bidets are easy to install and can upgrade our lives and living spaces wonderfully.