The Hyperboreans were a blessed race whose origins are unknown. Some scholars believe they were the last surviving remnants of an advanced prehistoric civilization that flourished in the Golden Age, the primeval first-era the Egyptians called Zep Tepi; the Australian Aborigines recall as the Dream-Time; and the Hindus refer to as the first Satya Yuga. Others argue that they were the last of the Atlanteans and were guardians of a vast store of knowledge and wisdom including advanced astronomy, magic, and technological genius. The oracle and healer Abaris, venerated by the Greeks, was known to be a Hyperborean.

According to the Greek poet Pindar (c. 522–443 BC), “Neither disease nor bitter old age is mixed in their sacred blood; far from labor and battle they live.” Herodotus said their mysterious habitat lay, “beyond the North wind, beyond the gold-guarding Griffins, and at the farthest edge of the habitable Earth.”

The Hyperboreans enjoyed extraordinarily long lives of happiness and good health, resisting plague, typhus and almost all other ailments that afflicted the known world. Their days and nights were devoted to celebration, music, and peaceful camaraderie. Apollo’s mother Leda (of Leda and the Swan) was born in Hyperborea and he spent his winters there. Apollo and his sister Artemis were especially sacred to the Hyperboreans. In honor of the Sun god, they built a stunningly beautiful, circular, temple to him on the precipice of a coastal bluff, overlooking the gentle ocean. Hyperborea’s temperate climate produced two lush crops a year, and there was no hunger or want. Animals and humans frolicked together without fear of the hunt. The tall, vital Hyperoreans were said to have 1000-year life spans and did not wage war with their neighbors. Instead, priests, priestesses and healers from Hyperborea were sent as emissaries to other lands to spread their ageless knowledge.

Scholars have written that the sacred literature known as the Vedas may have originated from Hyperborean wise men, and were later brought south to India by way of the Silk Road after a cataclysm destroyed their Arctic habitat.

Taken as a whole, these myths and historical accounts can be pieced together to form a much larger picture, a prehistoric legacy of advanced knowledge that has trickled down to us throughout the ages from various cultures around the globe. As the Great Year has progressed and humanity has declined from an Age of Gold to an Age of Darkness, much of the knowledge has been lost. However, much still remains, lying dormant, buried in undiscovered artifacts and hidden in untranslated or misunderstood texts. A plethora of sacred information stored in our DNA and collective subconscious, waiting, just waiting to be rediscovered and brought back into the light, heralding our return to the next Golden Age.

Hyperborean Heath is organized into four categories; Health (Home), Beauty, Yoga, and Tales of Hyperborea. We strive to share knowledge of the newest, cutting edge treatments; as well as remedies, vitamins, foods and drugs, both esoteric and exoteric. We will also offer philosophical, spiritual, and metaphysical information that is both practical and usable. We will only recommend products and practices that we have personally tried from which we have received substantial beneficial results.

It is our goal to empower everyone with the tools to achieve abundant health. Let’s take our well-being and enlightenment into our own hands. What has been, will be again. Body, mind, and spirit; we are the ones we’ve been waiting for. 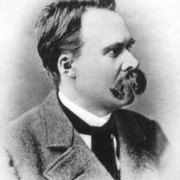 Let us face ourselves. We are Hyperboreans; we know very well how far off we live. ‘Neither by land nor by sea will you find the way to the Hyperboreans’—Pindar already knew this about us. Beyond the north, ice, and death—our life, our happiness.

We have discovered happiness, we know the way, we have found the exit out of the labyrinth of thousands of years. Who else has found it? Modern man perhaps? ‘I have got lost; I am everything that has got lost,’ sighs modern man. This modernity was our sickness: lazy peace, cowardly compromise, the whole virtuous uncleanliness of the modern Yes and No. … Rather live in the ice than among modern virtues and other south winds! We were intrepid enough, we spared neither ourselves nor others; but for a long time we did not know where to turn with our intrepidity. We became gloomy, we were called fatalists. Our fatum—abundance, tension, the damming of strength. We thirsted for lightning and deeds and were most remote from the happiness of the weakling, ‘resignation.’ In our atmosphere was a thunderstorm; the nature we are became dark—for we saw no way. Formula for our happiness: a Yes, a No, a straight line, a goal. 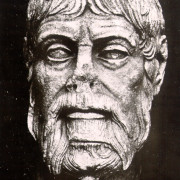 Never the Muse is absent from their ways: lyres clash and flutes cry and everywhere maiden choruses whirling. Neither disease nor bitter old age is mixed in their sacred blood; far from labor and battle they live. 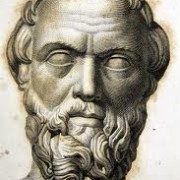 Beyond these lived the one-eyed Arimaspians, further on there were gold-guarding griffins, and beyond these the Hyperboreans 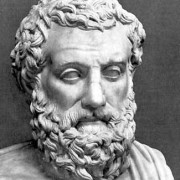 Your wish is better than gold. It surpasses great good fortune, even that of the Hyperboreans.